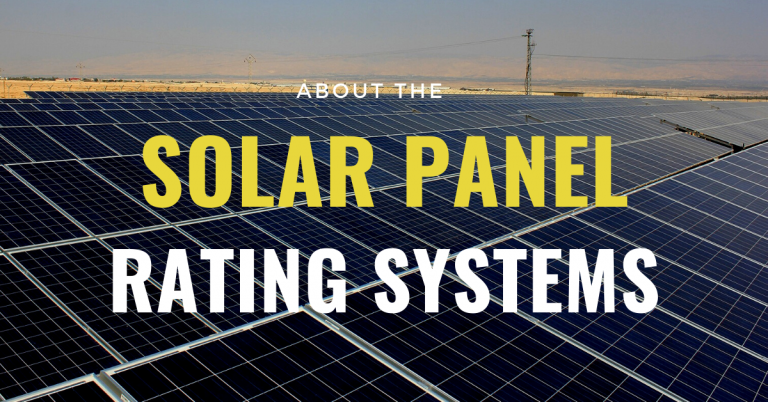 When purchasing a solar system, the reliability of the components to be used is always the key consideration. However, differentiating one brand from another may not be an easy task, especially when there are hundreds of solar panel brands in the Australian market. To make life easier, there are a number of different solar panel rating systems out there. Bloomberg and PV ModuleTech compile the lists which Australian solar companies refer to most frequently and we will be discussing both of them shortly.

Bloomberg New Energy Finance Corporation (BNEF) is a leading provider of strategic research on the pathways for the power, transport, industry, buildings and agriculture sectors to adapt to the energy transition. Bloomberg’s 3-tier rating system for PV module makers is based on bankability to differentiate the hundreds of solar module manufacturers. It’s quite apparent that the term ” Tier 1″ has been frequently used by solar sales companies to describe their solar panels as being high-quality panels. But in fact, the tier-ranking has more to do with financial stability, rather than product quality. 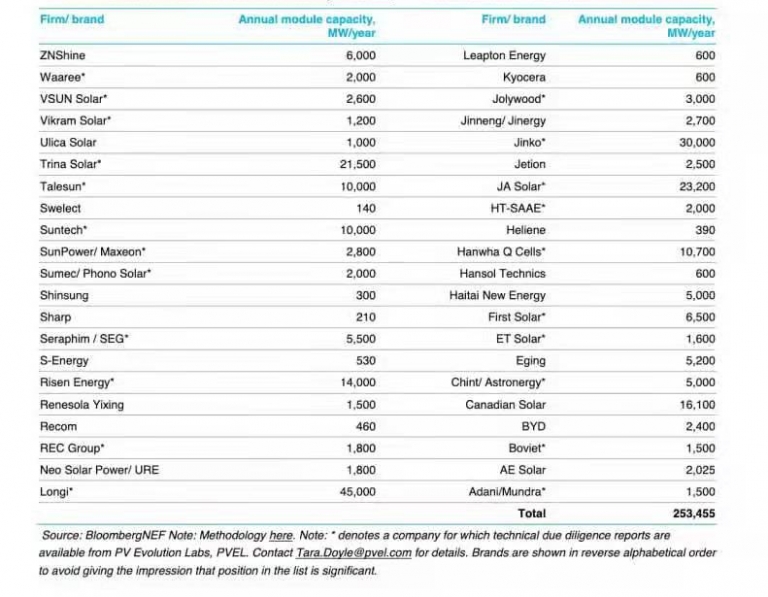 How do they measure?

BNEF report first introduced its tiered ranking system to help distinguish higher-quality solar manufacturers as Tier 1 if the company provided in-house manufactured panels to six different projects that have been non-recourse financed by six different banks over the past two years. It takes the company’s financial health, a record of its modules in the field, and manufacturer warranties as important indicators for financial institutions in their evaluation of PV manufacturers’ bankability.

As mentioned before, the tier-ranking system is not about product quality. That being said, a bank would not fund a large-scale project worth say $200 million dollars if the product used was likely to fail in the short term. Thus, we could say a Tier 1 solar panel is designed to produce power for as long as the expected lifespan which is around 25 years. The other reason why one can make the assumption that a Tier 1 solar panel is a quality panel is based on the criteria set by Bloomberg in that only solar panel manufacturers that own their own manufacturing facility can be included for review. When a company owns its own manufacturing facility then you know that there will be strict control guidelines in place which ultimately will result in better and more reliable products.

Another rating systems from PV ModuleTech

Another benchmarking that commonly used is the PV ModuleTech Bankability Ratings. The new Q4 2020 bankability analysis has now been completed by the PV-Tech market research team, ranking PV module suppliers within the PV ModuleTech Bankability Rankings. The Bankability Rating uses a proprietary analytical model to establish bankability scores and ratings, based on a combination of Manufacturing Strength and Financial Strength, for all solar photovoltaic (PV) module suppliers. The listing reveals that LONGi Solar now commands AAA-Rated status, the highest grade achievable.

LONGi is the first module supplier to achieve an AAA rating. The brand entered the Australian market in 2017 and has since captured a significant portion of the market share. Over the last 3 years, the company revenues have grown steadily, in a sustainable manner that ensures product quality and financial standing are not compromised. In the Altman-Z Score index, BNEF ranked LONGi Solar 1st in financial strength amongst PV companies worldwide.

One of the reasons that LONGi’s model today is unique among the multi-GW module suppliers to the industry, is they invested wisely, in a timely manner, and with total conviction that PV technology would change from multi-wafer dominant to mono-wafer dominant. This strategy has played out to perfection, and now the company is now cashing in on being the number-1 ingot/wafer producer/supplier to a mono-dominant sector. Furthermore, LONGi Solar is ranked No.1 with the lowest debt ratio of 53% in the PV industry.

Another outstanding multi-GW module supplier we would like to highlight is JinkoSolar. JinkoSolar is unique because of its proven track record of scalability and capital-efficient business model. Each of its business segments delivered a strong performance, which shaped JinkoSolar over the last ten years to derive a greater share of the market, sales, customers, and revenue from the relatively stable business. These factors enable JinkoSolar to consistently rank as a Bloomberg Tier 1 module manufacturer for eight consecutive years, which is one of the longest runs of any manufacturer.

In Bloomberg bankability reports issued since 2012, Trina Solar is the only manufacturer to be rated as bankable for six consecutive years by 100% of the industry respondents participating in the annual BloombergNEF survey. It strongly asserts the confidence that the global financial market and the solar industry have in the innovation, reliability, and stability of Trina Solar’s module products. Trina Solar has been consistently maintaining its place in the top 5 manufacturers worldwide for global shipping volume.

The final point to mention is how best to use the Bankability Ratings, and how it relates to the module quality. Module quality and reliability are only validated by third-party test/reliability agencies and are specific to the module type and specification from any supplier, at any given point in time. In this context, the bankability analysis that forms the ratings here is truly best used as a means to short-list, sanity-check, and benchmark suppliers, using an independently compiled (unbiased) set of data for all companies across shipments, regional shares technology roadmaps, in-house capacity, production by region, CAPEX, R&D spending, and financial metrics across key health-related ratios. For a higher-level view on the differences between brands, we will need to investigate further into things like warranties, power tolerance, efficiency, temperature coefficient, etc.

Raystech Group sources the latest products and resources to support our growing customer base. In a competitive market, Raystech has grown in stature and now operates in Australia and New Zealand with our self-operated sales offices providing a comprehensive solar solution to our clients.Raystech Group is associated with Sunwatt.